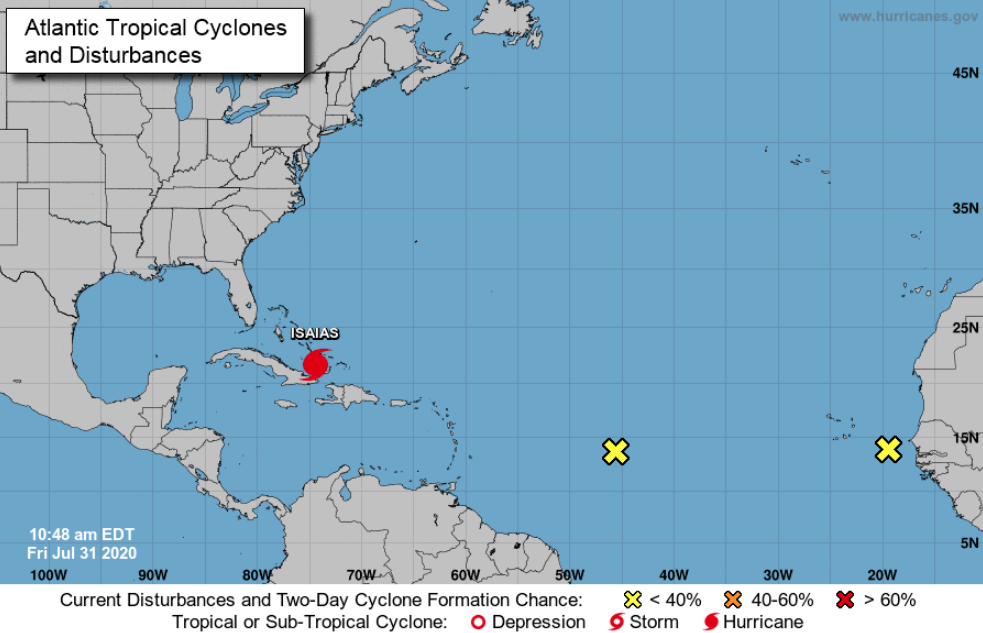 It’s going to be a rainy few days along the US east coast starting on the weekend. Hurricane Isaias is north of Cuba now and expected to track westward in the day ahead before turning north and scraping along the US east coast. Hardest hit will be north/central Florida but then it will work its way to New England over the next 4-5 days.

The NHC expects the storm to pick up in the near term:

Although some slight weakening has occurred, radar data from the
aircraft and the Bahamas radar indicate about a 60-percent
eyewall has formed in the northeastern semicircle, which is an
indication that the cyclone is trying to reorganize. As a result,
strengthening is still expected during the next day or so.

Overall, it doesn’t look like it’s going to be a notable event, except that it might spark some close-gathering and cause some testing lags for the virus. However it’s a reminder that hurricane season is just beginning. There are two other formations out in the Atlantic that the NHC is watching.