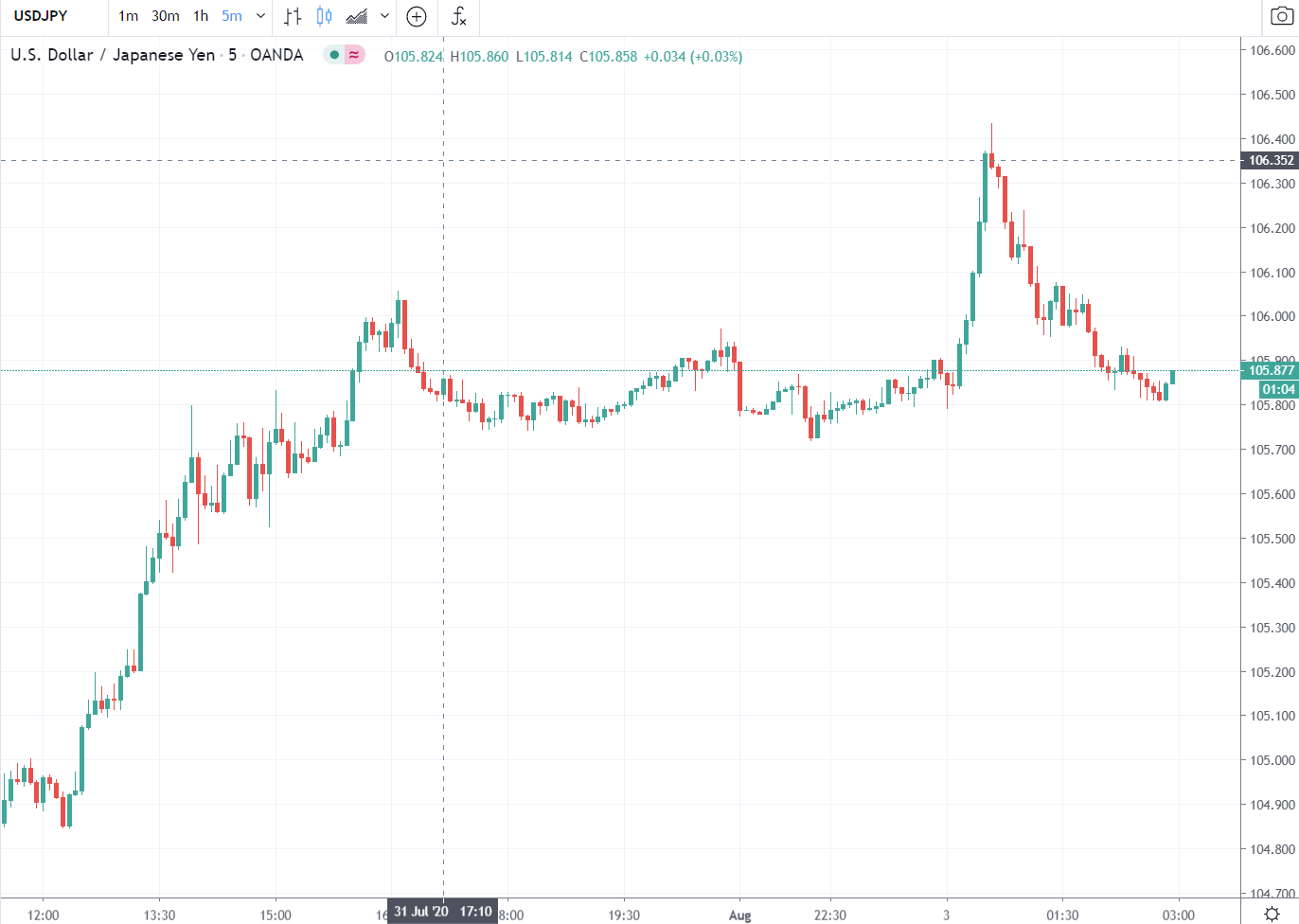 USD/JPY strengthened
50 points to above 106.40 in morning Asia trade, the move higher
occurring over the course of only about 30 minutes before slowly
retracing the whole move over the following hours. There were a
number of factors involved including:

Other
currencies, too, followed through on Friday moves with a higher USD
against EUR, AUD, NZD, GBP and again, a subsequent unwind of the Asia
morning move to leave them all not a lot changed on the session (with
some variance by currency of course).

Further
US-China tensions were evident in weekend remarks from US Sec State
Pompeo who said in a TV
interview that action would be taken against Chinese companies, not
just TikTok. News came out during the session here that TikTok
parent ByteDance has been given 45 days to negotiate a deal to sell
the app to, at this stage at least, Microsoft.

Coronavirus
news centred on harsher
lockdown restrictions announced in UK citiy of Manchester and
Australian city of Melbourne. There will be further restrictions
announced for Melbourne in the next couple of hours.

Late Friday in the US Fitch affirmed the US rating but downgraded the outlook for the country from stable to negative.